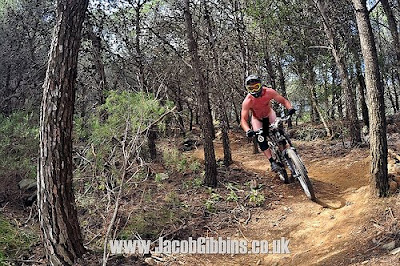 To quote Harry “Bazbo” Heath “his cock was flopping about all over the place”, unfortunately due to legal reasons we have had to blank out Rob’s prized floppy although he assures me that anyone booking a holiday with DHSpain.com will have the optional extra of “naked downhill” on any track in the local area.

As I mentioned of course today we started shooting for FOFO2, unfortunately my two filming “butties” from Wales Paul Roberts and Tim Smith havn’t been able to make it over the Severn Bridge to the airport at this time of year as apparently they are cutting down on the amount of Welsh awesomness allowed in England at one time – shame. Anyway here is a shot of the “Meatspin” Tom Deacon without his meat on show luckily, railing a dusty turn for my camera: 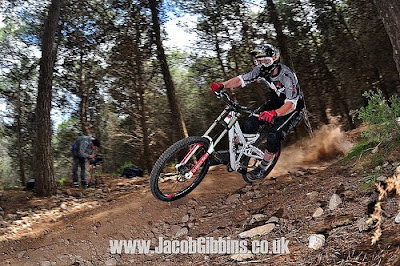 And another one of Harry Heath smashing it right in on another bit of cracking DUSTY track: 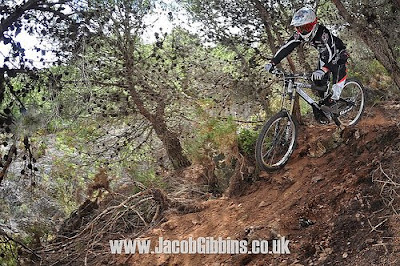 So that’s about all that has happened today. It’s been a lovely evening at the ranch enjoying the film Notting Hill and doting over Hugh Grant until the early hours (perfect film to watch with 4 other guys). Tomorrow we have planned another filming session and then we are going to snuggle up together under the duvet and watch “Ghost”, I’m sure it’ll be bloody fabulous. 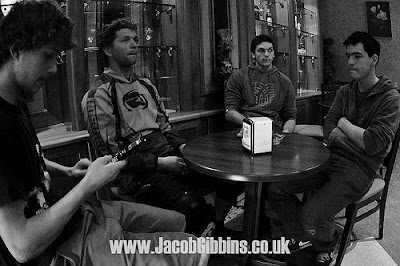 I’ll fill you in on the details of what happens during Ghost tomorrow.