Wise Words is our new interview series talking to some of mountain biking’s most switched on people.

We’ll ask our short list of questions to a heap of influential, inspiring and outspoken people that we feel are driving the direction of mountain biking today. Some will make you think, some will make you laugh, some will be plain dumb, some will inspire you to better yourself and your riding. We hope!

The first Wise Words of September 2018 come to you from the sage that is Doug McDonald.

Doug is Mr. BasqueMTB. After a decade of turning a hobby into one of the best guiding outfits going with a team that you can count on one hand, there’s no doubt that Doug has seen and done it all, with the tee shirts to prove it.

How would your closest riding buddies describe you to someone who has never met you?

I’ve been thinking about this and to be honest everyone just seems to describe me as Doug from basqueMTB, I’ve become one of those people who has ended up being defined by their job. Now that I’ve thought about that I´m not sure how I feel about it… I seem to have become very one-dimensional.

Pete’s note: Doug is the proud owner of a serious beard for 9 months of the year, a serious thirst for exploring his localities, a man who is frustratingly quick on a bike in all axis, and the only man who can carry off fluent Spanish in a thick east coast Scots accent.

What thing or things have you bought in the last year that had the biggest effect on your life as a mountain biker / cyclist / person that works in the bike industry?

An e-bike and a kiddie trailer? I know it´s not cool or “rad” but it´s been brilliant exploring the mountains with my 4 year old! Other than that, not strictly a purchase, but yoga. It’s been a revelation that I discovered thanks to Anka Martin. All those years with niggling pain, what a waste.

What unusual habits do you have as a bike rider?

I never take off, or put on, any clothes during the ride. If it warms up I won’t take off my jacket. I don’t know why but it´s something people comment on. My backpack is for tools and cameras, not for clothes. 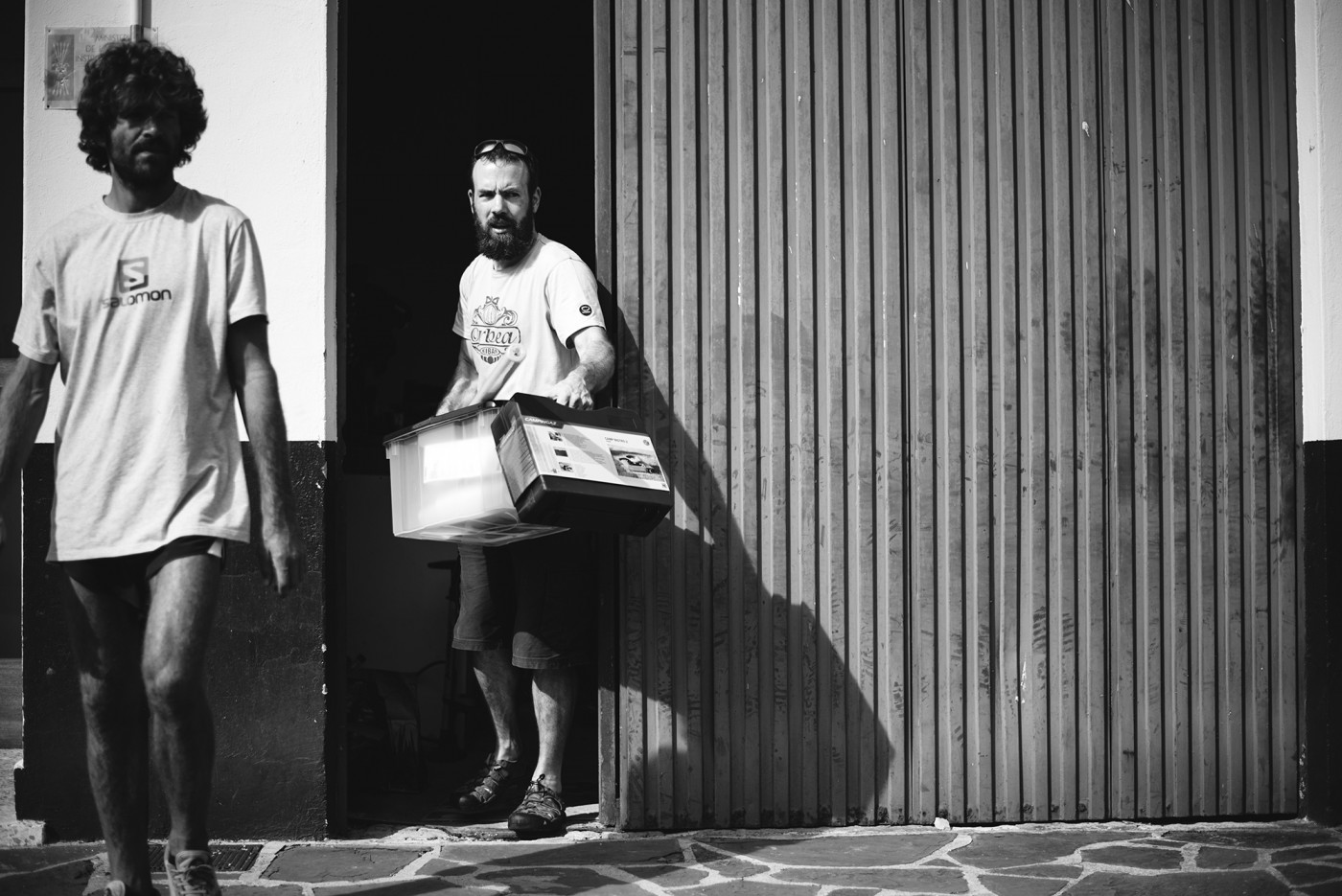 What piece of advice do you think every mountain bike rider should hear? And what piece should they ignore?

Eveyone should remember to relax. As hard as they can. I think that too often we forget that biking is meant to be fun and it often seems like people are constantly counting mileage, climbing, PBs, KOMs whatever! We see too many people taking it too seriously and putting too much pressure on themselves. It’s an easy way to spoil a great ride.

Ignore? Anything about the latest, greatest bit of kit and what tyres you need for X,Y or Z. Just ride what you have and try to remember that it’s not about who is the fastest. It´s not that I don’t like new shiny things, I really do, its just not something to obsess over.

If you could go back and re-ride one day from your life so far, where/what/when/who would it be? Would you change anything?

I’d love to ride with my parents again. We had a few great adventures but they’re not quite as young as they were before. Other than that I’ve just had so many amazing rides over the last 10 years, I don’t feel the need to repeat anything because I’m sure the next amazing one is just round the corner. Don´t look back, don’t wish you’d changed anything, ride free and no regrets!

What have you wasted the most time on in your life as a rider or bike industry career that you wished you’d given up years ago?

Worrying and stressing. I’m still guilty but less so these days. I used to worry about every ride I guided and if the weather wasn’t great I’d be up all night stressing. I’ve wasted hours doing it and the truth is that once you have made a good plan and prepared properly, stressing doesn’t achieve anything. 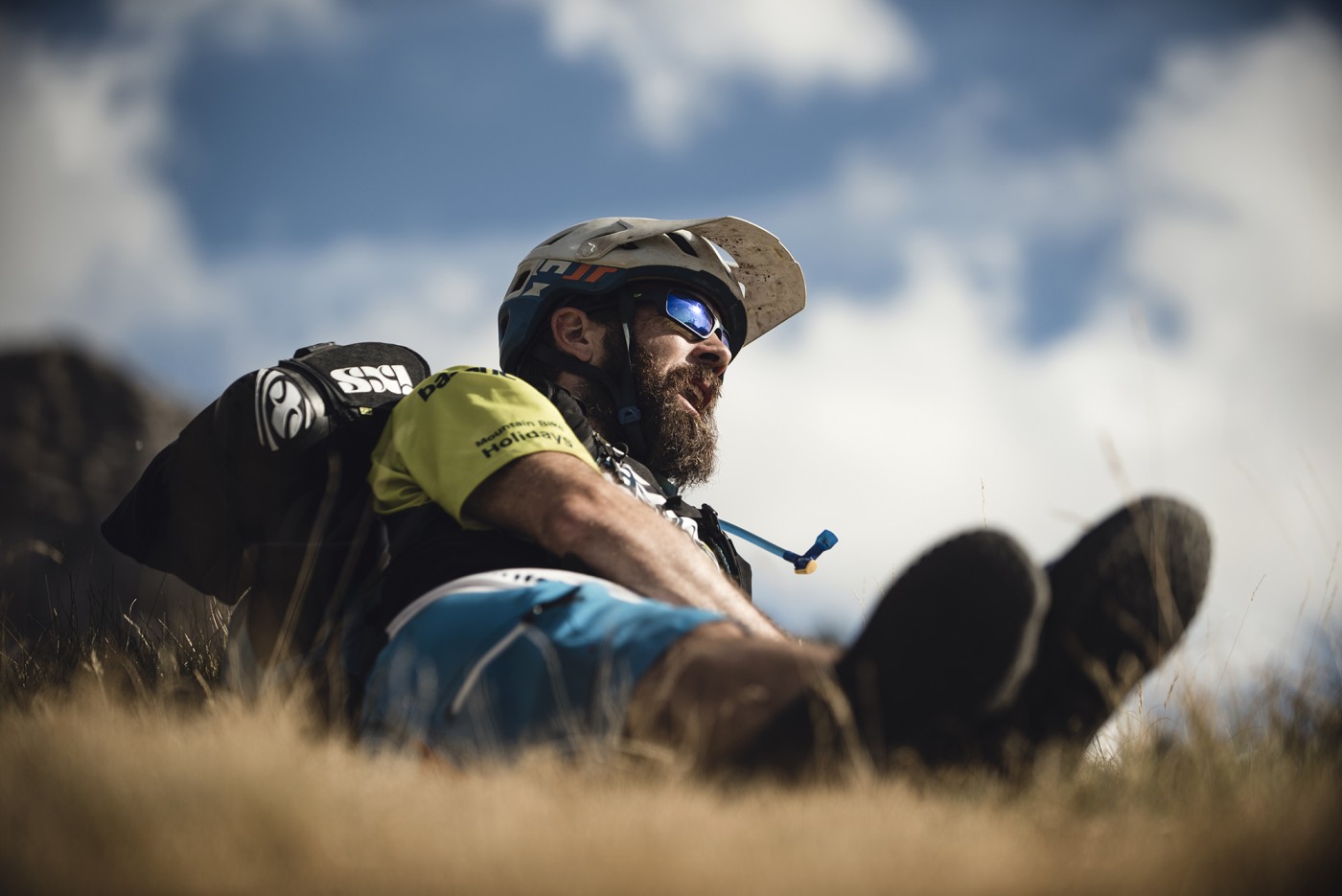 How do you motivate yourself when you’re struggling or lacking inspiration?

I find that there are very few days I lack motivation. Some days in winter, when I´m not working and the weather is bad it’s harder. Those days I put a beer in the fridge and promise myself that I will drink it in a hot shower when I get back. That always gets me going. If that doesn’t work then I put two beers in the fridge!

When you’re guiding it’s hard to struggle for motivation, usually the group are in holiday mode and get you pumped to ride every time. For those days when you end up with a hard group you just need to remind yourself that you need to pay the bills. And put another beer in the fridge that morning.

What single and specific thing about riding bicycles do you gain the most happiness from?

Just the freedom. Heading out the door, forgetting about your worries and going where you want. The freedom that comes with moving quickly across the landscape, in a way that you can’t do without wheels. It’s that feeling that has me totally and utterly hooked to biking.

What single thing would you like to erase from cycling history from the last year?

Strava. Actually can we erase that from every year please. Lets make friends and show each other trails and know who built them and help maintain them and talk and have a beer together afterwards and not turn every ride into a competition.

What single thing would you like to make happen in the cycling world in the next year?

Less standards. I’d like to see a maximum of 2 allen key sizes needed to work on any bike.

Who else should we ask these questions to?

Have you talked to Andy McKenna? That would be worth it. It might be best to get Aneela along too so you get some sense in with all the nonsense.

You can check out everything BasqueMTB over on their website here.

You can catch all our previous Wise Words interviews with the likes of Sven Martin, Manon Carpenter, Ric McLaughlin and plenty more here.

Höll and Edmondson to Lead out Rockshox Trek Race Team.

Learn to Smash Those Technical Climbs with Wade Simmonds.

Can the @intensecycles Primer S get its head and s

"Anybody who suggests that carbs make you fat shou

From a badly-kept secret to one we didn't see comi

Another one of downhill's worst-kept secrets is of

Next
Hutch Previews the Pitfichie Round of the 2018 Scottish Enduro Series.